Message from the Chief

The Oregon Police Division is committed to excellence through partnership with the community that builds trust, reduces crime and creates a safe environment. Through education, enforcement and prevention, we will improve the quality of life by practicing our core beliefs of Integrity, Professionalism, Fairness and Teamwork.

The Oregon Police Division employs 48 sworn and 3 civilian employees. The Department serves a community of approximately 20,000 residents spanning an area of 28 square miles along the Lake Erie shoreline.

The Oregon Police Division is a progressive police agency.  It was established by Ordinance in 1958 and, at the time, was to consist of 12 sworn officers and 7 radio communication operators.  In February of 2011 the police division completed a state of the art upgrade to our dispatch center.  Oregon Dispatchers not only dispatch for the police division, but are also responsible for the Oregon and Jerusalem Township Fire Departments.  In November 2021, all Police, Fire, and EMS dispatching services transitioned to the Lucas County 911 Regional Council of Governments (RCOG).

As a medium sized police agency, each officer is encouraged and assisted in developing a wide range of skills.  As is the case with all agencies, the road patrol division makes up the largest part of the police force.  The patrol division is supported by the special services division that is comprised of a 4 officer detective bureau, police records, and the dispatch center.

In addition, the Oregon Police Division has partnered with the Oregon Board of Education in recognizing the importance of our youth.  As a result, 6 Oregon Officers are assigned to the school system full time as School Resources Officers (SRO’s) and a combination SRO/DARE Officer.  These Officers are teaching drug and violence prevention and are accessible to our younger residents.  Oregon Officers participate in many other part time positions in and around the City of Oregon.  These would include the U.S. Marshal Service’s Violent Fugitive Task Force, The FBI Safe Streets Task Force, The Special Response Team, and numerous other on and off duty projects. 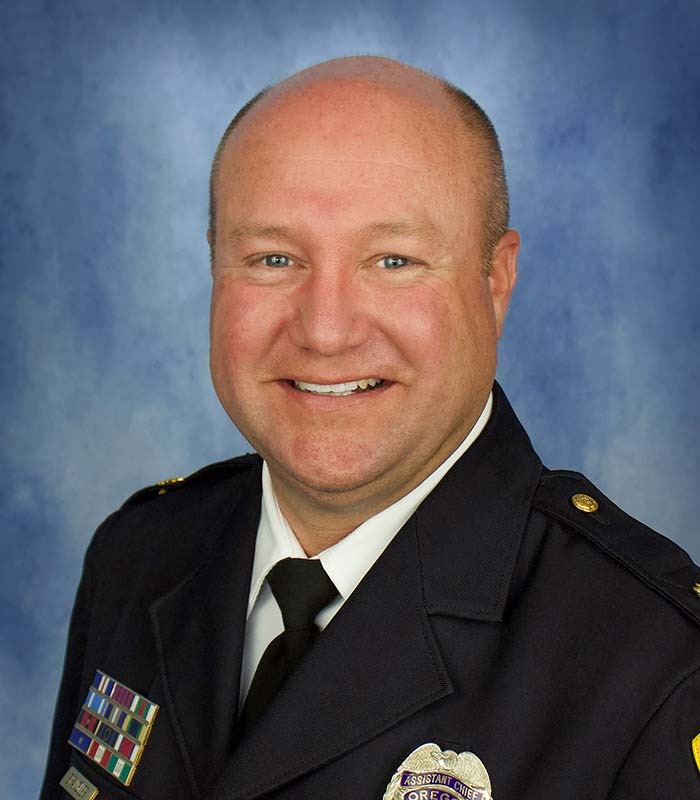