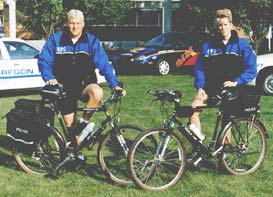 The Oregon Police Division actively utilizes the bike patrol to improve community relations and offer alternative tactics in the enforcement and prevention of crime. Bike patrols may be used on any shift of duty during the spring, summer and fall months. Officers that are assigned to the bicycle patrol have been properly trained to ride in all types of situations and terrains. They have also been trained in the use of firearms while utilizing bicycles.

The Oregon Police Division is committed to Community Policing techniques and the bicycle patrol has offered a way for the officers to get in closer contact with the neighborhoods and their residents. Officers who are assigned to the bicycle patrol also teach young riders about the proper equipment and safety measures they should use while riding. 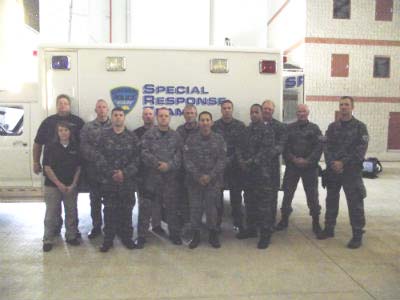 The Oregon Police Special Response Team (SRT) began in 1990 when four officers were sent to the first tactical school presented by the Ohio Peace Officer’s Training Academy (OPOTA) in London, OH. The school was taught by members of the Miami Metro Dade Police Department who had the only full time team in the country at the time. The team became fully operational in 1991 with the training of additional officers. Team members have also received additional basic or advanced training from the FBI, The Ohio State Highway Patrol, The Toledo Police Department, The Columbus Police Department, The Findlay Police Division, and Singleton International. The team’s first vehicle was a retired ambulance purchased for the team by a local business. The current vehicle is a retired Life Squad donated by Lucas County EMS.

The team is currently made up of 10 officers with between 2 and 20 years of team experience. The SRT is a part time assignment requiring its members to be ready for call out 24/7 by means of a paging system. All officers assigned have other full time daily assignments. The team is very well trained, very well equiped, and highly motivated. Many of the SRT members are certified to instruct in various disciplines pertinent to the mission of the team and its specialized equipment. The SRT is generally used in high risk situations in and around the Oregon, Lucas County area, when requested.

To be selected, officers must be well regarded by their superiors and successfully pass a rigorous physical test, as well as displaying proficiency with firearms. All of these officers are tested in these areas annually and must successfully complete the testing to remain on the team. All officers applying for assignment to the SRT must agree to a 5 year commitment due to the cost of training and equipment.

Early in 2010, a Memorandum of Understanding was signed by the Chief’s of Oregon, Maumee, Sylvania and Sylvania Township Police Departments to merge the teams into a regional entity. All members of the combined unit went through additional basic training to insure a shared skill set when working together as one team. Combined, the 4 teams bring more than 30 officers together in a shared mission with hundreds of years of combined experience. All teams train individually on a monthly basis and together on a quarterly basis.

Sgt. Jeff martin is currently the commander of the Oregon SRT. 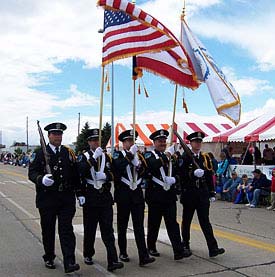 The twelve member unit of the Oregon Police Honor Guard was established in 2003. The Honor Guard was created to pay tribute to “Those who went before, and to memoralize our fallen comrades. These men and women have committed themselves to be a support mechanism for the families of Officers who have been killed and/orinjured in the line of duty. Since the inception of the unit, members of the Oregon Police Honor Guard have participated in funerals and memorial services throughout Ohio and neighboring states to honor members of the Law Enforcement community and their families who have paid, and will pay, the ultimate sacrifice.

Patrolman L. George founded the team and is currently the Unit Commander.

The Honor Guard trains frequently in order to maintain constant precision and professional appearance while representing the Oregon Police Division at important community events. We train with the motto: ” the best we can do, is the least we can do.” 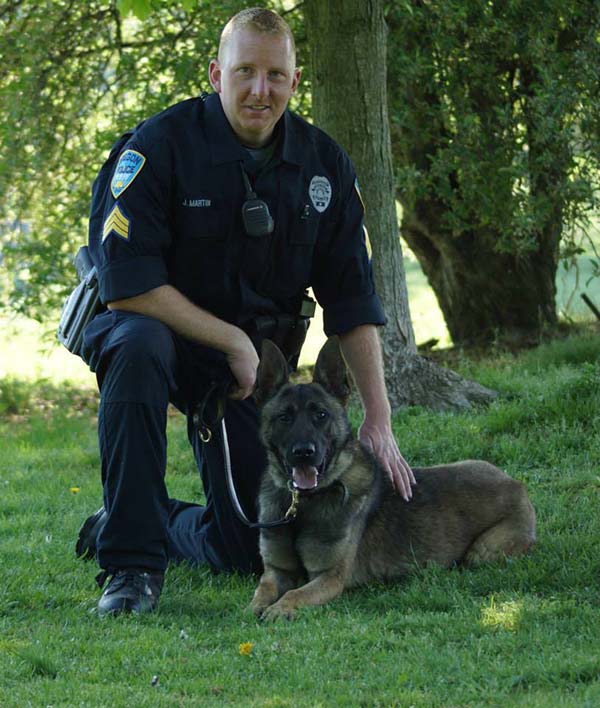 In 2013, Oregon’s first K-9 “Grimm” joined the agency. “Grimm” and his handler, SGT Jeff Martin attended six weeks of basic instruction and continue to train on a daily basis with each other. “Grimm” is capable of detecting illicit substances as well as tracking and apprehending fleeing suspects amongst other talents. A few area businesses have contributed to the K-9 program as well. Toledo Refining Company donated several thousand dollars to cover the purchase of the dog, Maumee Bay Veteranary Hospital is assisting with the vet care and Pet Finatics is providing food and other supplies for “Grimm”. This program would not be possible without the support of the community and these businesses.

The Crash Investigation Unit can be activated in the event of a motor vehicle crash in which there is a fatal or near fatal injury. The unit is currently made up of two Patrol Officers, one Technical Crash Investigator and three Crash Reconstructionists. The CIU has special tools available to assist in documenting the scene and gathering evidence. With the retirement of Lt Hank Everitt (one of the founding members) in 2020, command of the unit was transitioned to Sgt Jason Druckenmiller.

When new officers are hired by the Oregon Police Division, they are put through a Field Training period where they are directly mentored and monitored by veteran officers called Field Training Officers or “FTOs”. This training typically lasts approximately sixteen weeks but varies based on the new officer’s experience and performance. FTOs receive specialized training in education and evaluation techniques. Trainees in the program are not only directly monitored by are required to complete both written and performance based testing in order to successfully complete the program. Trainees who successfully complete the Field Training Program are certified for solo patrol and can begin their probationary period.

Founded in 2016, Oregon Police was one of the first agencies in the state to have a “Drone Unit”. Officers selected to serve on the Drone Unit are required to train regularly and obtain an FAA Part 107 Pilot’s License. The Drone Unit is commanded by Sgt Eric Weis and is often called to assist with search and rescue missions as well as evidence location and gathering. Working in conjunction with the Crash Investigation Unit, the Drone Unit is able to capture overhead images of crash scenes making the reconstruction process much more efficient and effective.